Share a memory
Obituary & Services
Tribute Wall
Read more about the life story of Allene and share your memory.

Funeral services will be held at 10:30 A.M., Wednesday, November 23, 2022, at Slater-Neal Funeral Home, Trenton. Burial will be in Rural Dale Cemetery, Trenton.

Memorials have been suggested to the favorite charity of your choice in her memory and they may be left with the funeral home.

Miss Maloney was born April 25, 1927, at Laredo, Missouri, the oldest daughter of Truman Carl and Mary Elizabeth Fullerton Maloney. She graduated from Galt, Missouri High School in 1945, and attended Trenton Junior College while working at the Montgomery Ward store in downtown Trenton. She was employed by Montgomery Ward in Trenton for 13 years before transferring to a regional Montgomery Ward office in Kansas City, Missouri. In the mid-1960s, she went to work as an accountant for the National Electrical Contractors Association in Kansas City, Missouri. She later worked as an accountant for Ray F. Mosley Commercial Real Estate of Kansas City from 1976 until her retirement in 1989.

She was an active member of the Association of Women Accountants in the Kansas City metropolitan area, and the Depression Glass Club of Kansas City.

While working full-time as an accountant in Kansas City, she obtained an accounting degree from La Salle University in Chicago, Illinois.

In 2003, Miss Maloney moved back to Trenton, Mo., to be close to family and friends. Soon after her return to Trenton, she became a board member of the Grundy County Historical Society and the Grundy County Genealogical Society. She spent many hours at the Jewett Norris Library, researching family histories and various topics for both boards. Many of her research topics became stories she shared with others by submitting them for publication in the Trenton Republican-Times.

A casual conversation at a museum board meeting inspired her to research the stories of the men from Grundy County who died while serving in the Armed Services during World War II.

She confirmed that 78 men with ties to Grundy County died while in the service during World War II, and wrote a book telling their stories.

She compiled and edited stories of Grundy County schools and colleges for the Grundy County History Book published as part of Trenton's Sesquicentennial Celebration.

To send flowers to the family or plant a tree in memory of Allene Maloney, please visit our floral store. 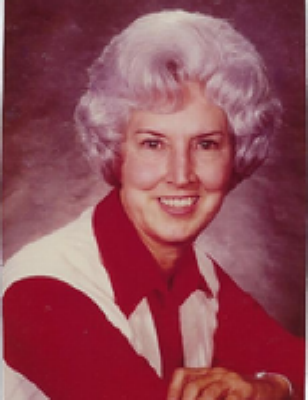